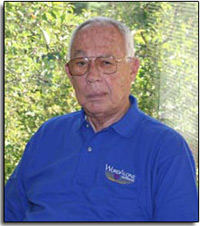 One week from today on Aug. 17 the Evangelical Lutheran Church in America Churchwide Assembly will convene in Minneapolis to consider memorials regarding a social statement on human sexuality and resolutions on changes to ministry standards. If adopted, in my estimation, these will change the course of history for the ELCA; thus, my title of this article, BCA (Before Churchwide Assembly) and ACA (After Churchwide Assembly).

In the past few days I have read the 96 plus pages of the churchwide assembly agenda and the Report of the Memorials Committee. The greater part of my attention has been devoted to the memorials regarding the social statement and the four ministry standards change resolutions. The number of synod memorials supportive of the social statement on human sexuality and the four implementing resolutions is not encouraging.

As I witnessed the results of our own Southwestern Washington Synod Assembly on May 15-16 in Tacoma, as disappointed as I was, I’ve seen the “handwriting on the wall” since the founding of the ELCA. The past 10 years have brought actions, studies and resolutions that have led to the initial and continuing diminution and possible demise of the ELCA.

The highlight of the two-day synod meeting in Tacoma was our Southwestern Washington WordAlone Network chapter luncheon held on May 16 at the same location as the synod assembly. Our speaker was Mark Chavez, WordAlone vice president and director of Lutheran CORE. Pastor Chavez inspired our overflowing capacity audience with his challenging words, “Right in Whose Eyes?” from Judges 21:25, “Everyone did what was right in his own eyes.”

His inspirational and timely message was needed at this moment. Some of our pastors indicated that this synod assembly probably would be their last to attend.

It was disappointing to witness the words and actions of many of our ordained, called, rostered and Lutheran seminary educated pastors who argued for the poorly written social statement and resolutions that, from my limited theological understanding, were apostasy.

Prior to and during the synod meeting I prayed earnestly and mightily that the Holy Spirit would descend on the voting members with what “seemed like tongues of fire that separated and came to rest on them,” and that all of them would be filled with the Holy Spirit.

I also pray every day that the 1,043 voting members meeting in Minneapolis, Aug. 17 – 23, will accept the Holy Spirit’s true instruction and correct discernment regarding the memorials and resolutions that will affect the e ELCA for years to come.

Although my wish would be that the churchwide assembly voting members would strike down the social statement on human sexuality and the four implementing resolutions, my greater hope is, whether for or against the sexuality statement and the resolutions on ministry standards, the issues are decided once and for all, so those of us on either side of the questions can move forward.

The hope for many of us on the side of the authority of the Scriptures and the Lutheran Confessions, and the beginning foundations and constitution of the ELCA, would be reform and renewal in our own ELCA church body.

Many good things are happening in spite of disappointments in daily life and church. One of our Lutheran pastors noting the disappointing and discouraging impact of our synod assembly on her fellow pastors and lay leaders invited several of us and others who wished to join in prayer, Scripture reading and hymn singing during this time of momentous decision-making for the ELCA. We have met once and will meet again immediately following the churchwide assembly.

I have been impressed, lifted up and informed by the excellent writing and commentaries on the current theological and doctrinal debate over the authority of the Scriptures and the Lutheran Confessions. Publications and news releases by the WordAlone Network and Lutheran CORE have kept me informed on current activities and trends. I commend the WordAlone and Lutheran CORE websites for what I believe to be the most significant and timely information on some of the immediate questions and concerns in Lutheranism today.

Lutheran CORE (Coalition for Reform) published an informative open letter to the voting members of the 2009 churchwide assembly signed by nearly 3,000 ELCA pastors, academics and congregational members. I encourage you to visit the Lutheran CORE website and read this letter. You are also invited to sign the letter supporting these theologians and church leaders who are expressing their concern about the fidelity and future of the Evangelical Lutheran Church in America.

In concluding this article, I am left confident in the joy of knowing that our God is still in charge of His Creation. He has given us His Inspired Word in the Holy Bible for life and living. This is His love story to us from the first verse of Genesis to the last verse of Revelation.

He even loved us so much that when we were lost, He sent us His only begotten Son, His Word made flesh and dwelling among us. In His Word He told us all that we need to know, and finally gave us His promise that in believing we would be with Him forever.

I think, finally, what I am trying to state without regard to the votes of legislatures, court rulings and denominational actions that violate the truth of the Holy Scriptures, God’s Word and His Truth will prevail against the adversary and his wiles.

In His WordAlone; Lord, Keep Us Steadfast!