WordAlone member please give this to a friend... 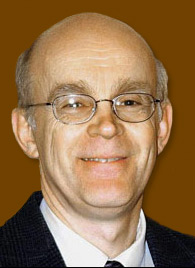 This web article is meant especially for a certain kind of person. It's for the person who is that "salt of the earth" Lutheran. This person is still found at church activities, even when others aren't there. He or she is often, if not always, at worship. This person believes in the church as an institution and works to make its ministries effective. This person never lets the offering plate go by without putting something in it. This person knows the bishop's name and where the synod office is.

You, the Lutheran described above . . . you know who you are. Members of the WordAlone Network have great respect for you. You represent something very good about our tradition. Through the years you have kept congregations going, kept Sunday School students learning, kept the hungry fed, kept the pastor there to preach the Word and administer the sacraments. Whenever you were asked to help, you said yes.

You are a trusting person. You trust the leaders of the denomination to have the best of intentions and to make the wisest decisions. We agree with you about the intentions of the leaders of the Evangelical Lutheran Church in America, but not always about the wisdom of their decisions. What we ask you to realize is this: the denomination known as the ELCA does not have the kind of checks and balances system that many other human institutions have. True, there are assemblies and votes, committees for oversight of seminary students, budget accountability, and so on. But constructive criticism is not welcome. Dissenting voices are encouraged to keep quiet.

The decisions of the leadership have failed to reverse the loss of membership in the ELCA. Insistence on raising volatile questions of sexuality within the church certainly seems to have made things worse. The denomination that might have become a much stronger force in North America has dwindled instead. The theology of the leadership has at last brought us alongside The Episcopal Church with rigid doctrine in an area that has never been an issue for us (historic episcopacy), and lax on matters that define the faith itself, as when Bishop John Shelby Spong and others deny biblical doctrines in their own books, which are sold across America. This is tolerated by Episcopal leaders in the name of openness. Our leaders seem to tolerate it, too.

The WordAlone Network means to ensure that constructive criticism will be heard. We are not iconoclasts or church-wreckers, and we are not disloyal to the ELCA. We have remained in the ELCA, despite decisions and actions of the leadership that have caused us grave concern. We believe discussion and debate are healthy, and we intend to make them happen. Some still dismiss us with sneers and insults as we can attest from personal experience. Perhaps you have heard such reactions to us yourself. But our record speaks for itself. We have worked for change within an unfriendly system, "making every effort to maintain the unity of the Spirit in the bond of peace (Ephesians 4:3)."

If you would like to know more about the WordAlone Network, or if you have only heard about it from people who disapprove of it, we invite you to speak to a member of the Network. The person who shared this with you would be a good one with whom to start.