ELCA At It Again -
New Social Statement on Genetics in Agriculture 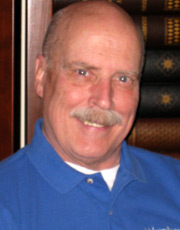 It appears that the ELCA is at it again. Not satisfied with micromanaging their congregant's morals through "adjusting" the meaning of Scripture, now they are moving into agriculture. "Agriculture?" While traveling to eastern Montana this past weekend my wife spotted a headline on the front page of the Fargo-Morehead "Forum" paper stating, "Church bolts over ELCA ag proposal." Really? Purchasing the paper and reading the article (by Forum staff writers Kristen M. Daum and J. Shane Mercer) I learned that the ELCA is developing another of its "social statements" in which genetic modification of seed is deemed "sinful." Really?

The following is from a related article from the website FarmProgress.com's Morning Mail written by editor Lon Tonneson.

"Could planting biotech seed be a sin? That's a question I see deep in a draft of a new social statement on use of genetics being considered this summer by the Evangelical Lutheran Church in America. This church believes that the greatest danger in genetic developments lies in the sinful exercise of radically extended human power...," reads one paragraph in the 63-page statement. Because God is the Creator, only God can create new forms of life. "Human beings, as a result, have a limited vocation to continue what God is already doing for the earth: to promote the earth's ﬂourishing. Each genus of birds, mammals, reptiles and creeping things has its own fertility and natural boundaries," the document says."

Tonneson is commenting on the 63-page long social statement currently being drafted by the ELCA. The finished product will be voted upon at the next church-wide assembly (2011). Here we go again... I just want to ask, "at what point does a church cease to be a church and simply become a political organization?"

The Anselm Trinity Lutheran Church of Sheldon, N.D. congregation (the church mentioned in the newspaper's article) doesn't stand alone in questioning the denomination's view of genetics in relation to farming" says the Forum article.

"Sarah Wilson, a fifth-generation farmer from Jamestown, N.D. opined earlier this year in her blog, "A Farmer on a Mission.."

"The basic principle I keep coming back to is that I do NOT believe it is the church's place to give recommendations on farm management practices. Similarly, I do not think it is acceptable that the church tell everyone in town what tires to put on their car, etc. We go to church to worship and study scripture, but from there it is up to individuals to apply the lessons we've learned in our lives."

Sarah's entire article on this issue is well worth reading. You can find it here.

To be fair, the following note appears in the Devil's Lake Journal:

"The bishop of the Eastern North Dakota Synod of the Evangelical Lutheran Church in America says a draft statement on genetics being reviewed by the nation's largest Lutheran denomination does not condemn farming with genetically modified seed."

This statement, to me, stands as a perfect example of the duplicity in the statements coming from the ELCA and/or its bishops. Blend this statement with the actual draft social statement and you get: "The bishop of the Eastern North Dakota Synod of the Evangelical Lutheran Church in America says a draft statement on genetics being reviewed by the nation's largest Lutheran denomination does not condemn farming with genetically modified seed... BUT, This church believes that the greatest danger in genetic developments lies in the sinful exercise of radically extended human power. Really? So, "genetic developments" do not relate to "genetically modified seed?" Huh?

Isn't the real mission of any church that which would enable people to know Jesus Christ and to enable His presence in their lives? Besides congregations leaving, there are "church-starts" popping up around the country created by folks leaving ELCA congregations. The members of these new congregations refuse to remain second class citizens while their old congregations stay in the ELCA. They are determined to hold onto the faith they were taught...being "boots on the ground" for Jesus Christ.

Because of Martin Luther, we put the Bible in the hands of us pew-sitters. Good grief! The pew-sitters actually read it! Moreover, they understand what it says. Occasionally they come across passages that are not clear to them and call on pastors to provide insight. But they now know that (largely through the doings of the ELCA) all pastors are not equal. Our 41st president George Bush Sr. once said, "If it walks like a duck, talks like a duck, and looks like a duck...it's a duck." There are different ducks. There are different pastors. The ELCA's activities have introduced a healthy dose of cynicism in the pew-sitters. For this we can be thankful. This cynicism is useful in determining if a pastor is actually providing honest guidance to their congregants or merely spinning them in conformance with some hidden agenda.

Given the actions and activities of the ELCA over the past number of years, it should be clear that entrusting the guidance of our Christian faith to people with hidden agendas and social-engineering strategies leads us away from the Scriptures provided to us by our God. Being a disciple of Jesus Christ is an agenda as well. But it is not hidden and its definition of "social engineering" is nothing more than inviting people to read the "User's Manual" most often referred to as The Holy Bible.

It is time to put all of this behind us, move on to the real work at hand and DO CHURCH!