The process is absolutely everything. 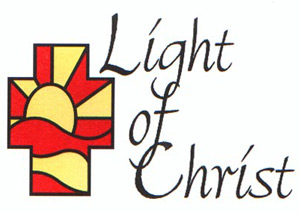 As an aside: We had no idea about this process when we felt the Spirit leading us to LCMC. We were pretty scared about the future. However, with God's help as well as encouragement from others in LCMC, the process that developed was astonishing!

Just to let you know how this worked in our congregation: From the time we sent out the congregational letter on joining LCMC and leaving the ELCA to our first vote was only 2 ½ weeks. The voting percentages were: 89% to join LCMC; 81% to leave the ELCA; 99% to keep all employees. Also, not a single person stood to speak on either side of the issue and the meeting was done in 15 minutes. It was miraculous how God's Spirit filled the process with grace, compassion and peace.

Before we get to the steps God led us to take, here are some things we strongly discourage: Taking surveys (Surveys divide people before any leading can happen. The vote will be the survey.), cottage meetings (informational meetings instead), and harsh criticism of the ELCA (Your people will follow your lead, so lead with faith, hope, love and gentleness.).

Here are the steps God led us to take. We hope they will be a blessing for you.

It all begins with God speaking to the spiritual leader of the congregation. Here were the key convictions on my (Moe's) heart:

These last two convictions are quite sobering. I knew I could not stay in the ELCA, but what if my congregation decided to remain? I would be out of a job. There was a deeper peace, however, that let me know God would provide for me no matter what. As pastors we are called to be faithful. God will take care of the rest.

My wife and I lifted all of this up to God in prayer and were completely united in staying faithful to the Word, no matter what may come. God gave me incredible strength through the support and encouragement of my wife! Thank you, Lord!

Note: I only shared this last conviction with our primary leaders. Dave, in particular, was very helpful in this. He did not want to make this a choice between pastor and denomination. Instead, we simply focused upon God's will for God's church.

It is very important for the pastor and president to be united in what God has next for His congregation. Take the necessary time for the two of you to pray and become convinced of the Spirit's leading. In our situation we both were well aware of what was happening in the ELCA. It was also our belief things were only going to get worse.

If this bond is strong, you know the two primary leaders in the congregation have each other's back 100%. Take the necessary time to be convinced and united by the Holy Spirit.

We called a small prayer meeting with faithful brothers and sisters in the church. It is important that these are not angry, ultimatum type people, but loving servants, who want to follow the Lord's will. We prayed together and talked for a few hours. By the end of that time together we had a clear direction.

We were of one mind that we could no longer be affiliated with the ELCA, but we did not know how we would get there. We decided to invite an LCMC pastor to our next prayer meeting to find out more about Lutheran Congregations in Mission for Christ as well as to discuss the process of leaving the ELCA.

One week later we met with an LCMC pastor and council president. They gave us lots of information on LCMC as well as answered all of our questions. We were unanimous in our belief that this was God's will for us. LCMC is awesome!!

Note: As quickly as LCMC is growing, there is probably an LCMC congregation close to you. If not, a representative will be sent to answer any of your questions and concerns. Lean on LCMC people! They have gone through this process and understand the fears and challenges you are facing. Their counsel is invaluable!

This next point is absolutely essential: We wanted there to be no surprises at this meeting. As pastor and president, give your congregational leaders time to share their thoughts and concerns with you. This entire process is built upon trust: trusting God, trusting your leaders, trusting one another. Never surprise your leaders with a bombshell and then ask them to vote on a huge resolution two hours later.

The result of the meeting was that we all agreed that the Spirit was leading us to join Lutheran Congregations in Mission for Christ, leave the ELCA, retain all employees regardless of affiliation, and do all of this with a spirit of gentleness and grace.

The next day we sent out a letter to the congregation saying we were unanimous in our recommendation to join LCMC, leave the ELCA, and retain all staff regardless of affiliation. In the letter we informed them of a special congregational meeting and vote for 2 1/2 weeks later.

We spent a long time on the wording of this letter. We wanted it very concise, inviting anyone to contact us individually with questions, while reassuring everyone that the informational meetings would have time for questions and answers.

Step 7: Meeting with the Bishop

On the same day we sent out the letter I (Moe) scheduled a meeting with the bishop of our synod. I believe our bishop respected this meeting, though what I shared clearly surprised him. (Side note: We happen to have a gentle and gracious bishop. If your bishop has a different spirit, you may not be led to have this meeting with him/her. You are under no obligation one-way or the other. Pray about it and trust the Spirit's leading.)

Step 8: Being Pastor to the Hurting

As pastor I met one-on-one with people who might be sensitive to this issue, and allowed them time to share their thoughts. I dislike confrontation as much as the next person, but God was clearly moving in my heart to go to them. These were all people I loved very much. I did not want to hurt them in any way. The time together went as well as I could have hoped.

I also believe this opportunity to express themselves to me was very important. Having been heard and cared for, not one person stood to speak at the congregational meeting ... on either side of the issue!

Note: There was another group of people on my heart who were more prone to anger and arguing, and I asked my wife if I should go speak with them. She simply asked, "Is this because you love them or because you don't want them to cause trouble?" I had to admit it was the latter. She said, "Just let God take care of it." She was right. God took care of everything in miraculous ways!

Two identical information meetings were held following worship on the next two Sundays. We refrained from ELCA bashing, but simply celebrated how LCMC is really who we are already. This was huge! Focus upon where you are going, not where you have been. Let the meetings be about excitement for mission, ministry and freedom, not about being upset, angry or judgmental.

Here was the agenda:

Follow all the steps. Have a list of all voting members. They need to sign in next to their name to receive their ballot. Voting is done in an orderly fashion and no one is to leave until all votes are counted, recorded, announced and the meeting is closed. To show you how quickly the Lord moved our congregation, the first vote to leave the ELCA was 32 days after our initial prayer meeting. It was done in 15 minutes without a single person standing to speak.

We met with the bishop for the consultation time on a Tuesday night.

Our second vote (3 months after the first vote) took 10 minutes. 94% voted to leave. We had thought about combining the vote with our annual congregational meeting, but learned that is not allowed.

Instead, after we had our second vote we closed that meeting. We then immediately called to order our annual congregational meeting and proceeded with it.

We believe the most important event that happened in this entire, scary process (because we had no idea how to do this), was the Spirit lifting up the scripture where our Lord is faced with the angry mob looking to kill the woman caught in adultery (John 8: 1-11). A few things that jumped out of the scripture for us:

Since this entire issue is about biblical authority, one of the things we kept reminding each other was, "If we're going to biblical, then let's be biblical." Specifically, Lord, help us to deal with this conflict in love, joy, peace, patience, kindness, goodness, faithfulness, gentleness, and self-control.

We lost some families and friends over this transition. You probably will as well. However, if you lead in a gentle, loving and gracious way it may be that most of your people, even those who leave, will behave in that spirit. We received only one note of resignation.

Everyone else who left either called or came in to visit with the pastor. We appreciated each other, shared tears in some cases, and prayed for God's blessings on their way.

The entire process was a time of learning and growing for our leaders. We are now stronger, more mission-focused, and overjoyed to be part of LCMC. We have learned how to deal with big conflict in a loving, biblical way. We also are quite aware we no longer have to give a second of our time to the seemingly endless arguments, resolutions, social statements, and conflicts in the ELCA.

The process is absolutely everything.

If one word describes what we feel now it would be freedom! God is so good! He gets all the glory! Thank you, Lord!