The Authority of Scripture—in the “Homosex” Debate

Author of: The Bible and Homosexual Practice: Texts and Hermeneutics (Abingdon, 2001)

(Note: This is an expanded version of a presentation made to the Southeastern ELCA synod.) 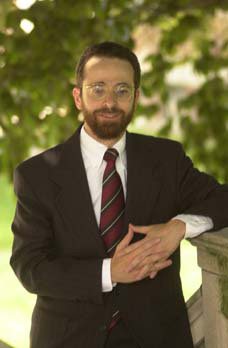 I want to begin the discussion, first, by offering a “mainline view” of biblical authority, where due weight is given to Scripture’s core values; second, by discussing what the best analogies are to changing or retaining Scripture’s views on homosexual practice; third, by examining how Jesus himself understood the double love commandment; and, fourth, by examining Paul’s views on law and grace.

I. A Mainline View: Giving Due Weight to the Core Values of Scripture

It may be helpful to begin by saying something about how I come to Scripture. Some on both the right and the left of the homosexuality debate may be discomfited by the fact that I do not approach this sensitive subject as a biblical fundamentalist or inerrantist. I make full use of historical-critical methodology, see development and significant tensions within the canon, take account of metaphors and the imaginative power of stories, and recognize the necessity of interpreting texts anew in our contemporary context. This last named step of “translating” the Bible into our own day, of developing principles of interpretation for moving from “what it meant” to “what it means,” is called hermeneutics. I consider the hermeneutical aspect of the homosexuality debate so important that I devote a third of my book to it. One cannot rule out change, particularly when it involves going further than the biblical witness without radically contravening it. Women’s ordination is a case in point.

When all is said and done, however, Scripture must retain its status as the single most important authority for faith and practice. The great Reformers recognized the primacy of Scripture for the church. If that primacy counts for anything, certainly it counts for core values. The question then arises: what constitutes a core value?

This applies all the more in instances where:

The limitation of acceptable sexual intercourse to sexually complementary partners and the strong abhorrence of same-sex intercourse is just such a value.

What is the bottom line here? It is this: If the authority of Scripture means anything, those who seek to overturn its core values must meet an extraordinary burden of proof. The evidence adduced must not only be so strong and unambiguous that it makes the strong and unambiguous witness of Scripture pale by comparison; it must also directly refute the reasons for the Bible’s position.

For example, it is not enough to prove that the primary expression of homosexuality in antiquity was an inherently exploitative form (pederasty or cult prostitution) or that modern science has demonstrated that homosexuality is primarily a genetic phenomenon—two dubious claims. One must also prove that the Bible condemned homosexual practice primarily on the grounds of the exploitative mismatch created by pederasty or on the grounds that homosexual behavior was a willfully chosen rejection of God’s design for sexuality. Otherwise, even if these claims were valid (and they are not), they would still have little relevance for ascertaining the deficiencies in the Bible’s reasons for condemning homosexual behavior. As it is, none of these points can be substantiated. There were non-exploitative models for same-sex intercourse in antiquity (by ancient standards) and the Bible’s critique of same-sex intercourse was not aimed primarily at typically exploitative features. Modern science has not demonstrated that homosexuality is a direct result of conditions present at birth and the notion of a partially innate character to homoerotic desires fits quite well with a number of ancient theories and Pauline perspectives on sin generally.

II. The Proper Use of Analogies

Yet are there not instances where we have deviated from Scripture’s stance, including the New Testament? The analogies usually cited are slavery, women’s roles, and divorce. As with any application of analogies, the key question is: what are the best analogies? There are significant points of difference between these alleged analogies and the Bible’s stance on homosexual practice.

As regards slavery and women’s roles:

I propose that the best analogies are those that most closely correlate with the distinctive elements of the Bible’s opposition to same-sex intercourse:

Here we would include among analogies the Bible’s stance against adultery, prostitution, incest, and bestiality—all forms of sexual behavior that the church continues to proscribe. Incest is a particularly strong analogue, not only because it elicits comparable revulsion in Scripture—actually less revulsion than for same-sex intercourse—but also because the reason for its proscription is comparable. Why is incest wrong, even when it is conducted between committed consenting adults? The Levitical proscriptions make clear why: first and foremost it is sex with “one’s own flesh” (Lev 18:16-17; 20:19). A “one-flesh” union—that is, the establishment of kinship across blood lines—cannot be created between two people who are already of the same “flesh,” i.e., close blood relations. Incest is sex with someone who is too much of a “like” or “same” on the familial level. Similarly, same-sex intercourse is proscribed because it is sex with a non-complementary sexual “same” or “like.”

The weakness of a number of arguments commonly used to advocate homosexual unions becomes apparent when the same arguments are applied to incest.

What I am emphasizing here is that the choice of analogy can make an enormous difference in how one frames the issues. No analogy is perfect—that’s what makes it a mere analogy—but as regards Scripture’s stance against same-sex intercourse the analogy of incest is clearly superior to the usual analogies of slavery, women’s roles, and divorce.

I do not believe that everything in Scripture carries equal weight. The central lens through which the witness of Scripture must be read is the gospel message regarding the grace and love of God, the redemption in Christ, and the liberating power of the Spirit for a life of holiness. Too often in contemporary church circles themes such as love, grace, redemption, and liberation have been severed in an unbiblical way from concepts of holiness, transformation into the image of Christ, and obedience to Christian norms of behavior.

Take, for example, Jesus’ view of love. The meaning of love in our day has erroneously merged with the meanings of tolerance and even acceptance of various lifestyles incongruent with Scripture. Advocates of this view then utilize Jesus’ appeal to the double love commandment (Mark 12:30-31)—love of God (Deut 6:5) and love of neighbor (Lev 19:18)—as a “screen” to eliminate from other parts of Scripture judgmental commands that conflict with modern-day notions of tolerance and acceptance. What’s the problem with this?

Love never takes personal a wrong committed: it does not hate, take revenge, or hold a grudge against another. Yet love often entails reproving another in order to reclaim that person for the kingdom of God. If a child is about to touch a hot stove it is not loving to withhold warnings. So love in Jesus’ understanding cuts against contemporary notions of tolerance and acceptance of behaviors that Scripture proscribes.

To the church’s shame we have taken the central theme of love and mercy in Jesus’ ministry and message and contorted it in ways that demean calls for holiness and radical obedience as necessarily legalistic. If it were so, then Jesus himself would be the prime proponent of legalism—surely an absurdity. Legalism comes when the church uses the commands of God as an excuse for not making every effort to find the lost and to reclaim them for God’s kingdom; or when believers forget the huge debt that God has forgiven them, lose humility, and fail to extend forgiveness repeatedly to serial backsliders who repent (see especially Luke 17:3-4; Matt 18:21-35). However, the church is most emphatically not legalistic when it recognizes that critical importance of leading a transformed life, including in the sexual sphere, and warns of the great risk of God’s judgment upon those who fail to exhibit such transformation. As Jesus put it: all who want to follow me must take up their cross and deny themselves; otherwise, they will lose their lives (Mark 8:34-37; Q/Luke 17:33; John 12:25).

IV. Paul on Law and Grace

A similar distortion of the authoritative contents of Scripture comes from truncated notions of the “law/gospel” grid in Paul’s letters. In its more extreme form this grid is used to characterize as legalism any emphasis on the importance of obeying God’s commands and on the risk to salvation of gross disobedience.

Let there be no misunderstanding: Paul did declare the Mosaic Law to be abrogated in Christ. No one can be justified on the basis of doing “the works of the Law.” No one can merit the salvation accomplished through Christ’s redemptive work on the cross. In Christ we are no longer “under the law.” But consider the following:

And to the Galatian Christians:

The works of the flesh are obvious, which are: porneia, (sexual) uncleanness, licentiousness . . . , which I am warning you about, just as I warned you before, that those who practice such things will not inherit the kingdom of God. . . . Stop deceiving yourselves; God is not to be mocked, for whatever one sows this one will also reap. For the one who casts seed into one's flesh will reap a harvest of destruction and decay from the flesh, but the one who casts seed into the Spirit will reap a harvest of eternal life from the Spirit. And let us not grow tired of doing what is right for in due time we will reap, if we do not relax our efforts. (Gal 5:19-21; 6:7-9)

And again to the Corinthians, in the context of how to deal with a practicing, self-affirming Christian participant in an incestuous adult union:

Or do you not realize that unrighteous people will not inherit God's kingdom? Stop deceiving yourselves. Neither the sexually immoral (the pornoi), nor idolaters, nor adulterers, nor effeminate males who play the sexual role of females, nor men who lie with males . . . will inherit the kingdom of God. (1 Cor 6:9-10)

I may have to mourn over many who have continued in their former sinning and did not repent of the (sexual) uncleanness, porneia, and licentiousness that they practiced. (12:21)

The message of Ephesians is identical:

What could be clearer? Sex matters. Persistent unrepentant sexual behavior can put a believer at risk of not inheriting the coming kingdom of God. That included for Paul same-sex intercourse, which he defined as sexual uncleanness in Rom 1:24-27 (cf. 6:19) and porneia in 1 Cor 6:9. What shall we say? That Paul did not have a good grasp of the distinction between law and grace? Preposterous. Paul’s views coincide with Jesus’ views; if anything, Paul is more law-free than Jesus, not less (Paul spoke of the abrogation of the Mosaic law; Jesus did not.) It is we who have truncated the gospel of grace by voiding its irrevocable connection to a transformed life in the Spirit.

If anyone tells you that keeping the commands of God is not an essential part of the Christian life, don’t believe it for a moment. Believe Paul instead who said that what matters is “keeping the commandments of God” (1 Cor 7:19). If anyone tells you that our adherence to God’s commands does not please or glorify God, prefer Paul’s words instead. For it is Paul who urges believers to “present your bodies as a living sacrifice, holy, pleasing to God” (Rom 12:1). It is Paul who exhorts believers to “glorify God in your body” by fleeing porneia (1 Cor 6:18, 20). Does this undermine the message of grace and redemption in Christ? Far from it. It is that very redemption or “buying back” that compels Paul to ask rhetorically: “Or don’t you know that your body is a temple of the Holy Spirit that is in you . . . and [that] you do not belong to yourself? For you were bought with a price” (6:19). What price? The price of the precious blood of Christ. Precisely because we no longer belong to ourselves but to the God who bought us back, our whole lives now revolve around doing God’s will rather than our own.