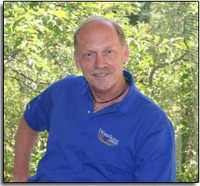 In the biographical film short entitled “W. C. Fields, Straight Up,” Leonard Maltin (a film historian), Will Fowler (son of Gene Fowler, a personal friend of W. C.) and W. C.’s grandson, Ronald Fields, give us an in-depth look at both the comedian and the man that we knew as W. C. Fields.

Born William Claude Dukenfield, this comic juggler has left an indelible image of a humorous drunkard on our minds. I recently had an opportunity to watch again this biography from the past century, which first aired on PBS in the 1970s. As I watched it, once again I thought, “Here was a wondrously talented teetotaling, no caffeine juggler, who – because of shear loneliness on the vaudevillian circuit kept a trunk-load of booze in his friendless dressing room simply as a lure to bring visitors.”

Ronald Fields reveals to us that in a letter he found in W. C.’s papers where W. C. writing to a friend reflected, “Dear God, I was born lonely.” Ronald Field continues by noting that W. C. began to join his “friends” drinking, falling victim to alcoholism. Sad. How painful it must have been for his close friends (and there were only a handful), according to Ronald Fields, to watch him go down-hill; go the wrong way.

Bill Fields (as his friends knew him) never tried to hide what he was, he simply didn’t really care what anybody thought of him personally, only that he was a master entertainer. Leonard Maltin cites an interview from early in W. C.’s career where Fields reflects,

The first thing I remember figuring out for myself, was that I wanted to be a definite personality. I heard a man say that he liked a certain fellow because he was a ‘certain dirty, damn so and so.’ I determined that whatever I was, I’d be that; I wouldn’t teeter on the fence.

In one sense, W. C. achieved that – no matter what you thought of him, at least you knew where he stood (or drank). His wife, Harriet, chose not to follow her husband after their son was born. She knew who W. C. was, what he enjoyed (entertainment), who he cared for (his audience); she wanted no part of those, according to Will Fowler. Perhaps, at least, Bill Fields was honest with her, and her response to him was an honest one too: to leave him.

Maybe W. C. was successful because he did not try to be everything to everyone; he did achieve his goal of becoming a “certain dirty, damn so and so” who you either liked and wanted to be around, or hated and wanted no part of. Right or wrong, at least he was an honest cur.

Could we apply a version of this concept of honesty to the Evangelical Lutheran Church in America?

It appears that the ELCA has opted for a wider appeal in its “audience” in the last score of years. With its moves to ecumenism and adoption of more politically correct language in any and all of its publications, it appears to have simultaneously alienated the majority of its original “audience” (the Gospel conservatives) and garnered modest support from some others (the Gospel revisionists). Its moves, though, are devoid of honesty; lacking in candor and rendering its moves unsatisfying and unacceptable to both sides. The denomination appears more to be in a theological miasma; rather than simply nailing its thesis to a door, it publishes a human sexuality study that is a meandering, patch-work-quilt of deadwood; a maelstrom of bad narrative – I fear the final document will be little else.

Bill Cosby has said, “I don’t know the keys to success, but the key to failure is trying to please everyone.”

Both Dr. Cosby and W. C. were simply stating a truism that most sentient beings understand. We even find reference to this truism in the St. John’s writings, Rev. 3:15-16, in which the church at Laodicea is reminded that the Spirit knows all about it, that it is neither hot nor cold.

In the end, the ELCA will lose a segment of its audience and gain some others. This will happen not for what they will stand for, but for what they will be unwilling to stand for – to state exactly what it is that they do stand for; at least they could be honest about it. Will things get better? Will the current leaders of the ELCA come to see that they are so very wrong in some of what they are (or are not) doing? Will some leaders have regrets? Will they find that they have been madly flipping through the Bible looking for ways to give the nod to a wider audience? Yes, I am sure of it. They know they are wrong, and are desperately looking for Biblical narrative to reweave.

Fields’ close friends Gene Fowler and John Decker visited Fields while he was hospitalized for the last time (at the Las Encinitas Sanatorium), enduring a bout of delirium tremens. They caught W. C. reading the Bible, and Gene said, “What? You, Bill, reading the Bible? You’re an atheist, what are you doing reading the Bible?”

To which Fields replied, “I’m looking for a loophole.”

I think W. C. Fields knew he was wrong about his life, his booze and the way he treated his wife and son, and knowing he was near the end, tried to find Biblical justification for some of his behavior. I do not know if he ever found that “loophole” – I do not know if the ELCA will either.