God's will and way will prevail, not ours 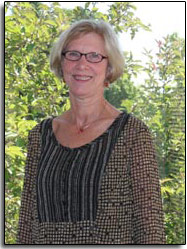 The stories of David in 2 Samuel have been a part of our personal devotions lately. It is a reminder to us of our frailty as humans, and our inability to see ourselves for what we really are: sinners dependent on God's grace.

Here is little shepherd boy David, the youngest of Jesse's brood, anointed as Israel's future king by Samuel, while powerful Saul sits in power on Israel's throne. The boy has no inheritance, no army, none of the accoutrements of a king, but he has God's blessing.

Then we see David in battle, entering a cave, coming upon Saul by surprise, reaching for his knife to kill him, and instead cutting a piece of his clothing to later show Saul that he, the heir apparent, could have killed him and seized the throne. The battles are fierce, and Saul is killed, along with three of his sons, including Jonathan, the best friend David ever had. The spoils of war go to David and he becomes a mighty king of Israel and Judah, yet he gives all of Saul's lands to Jonathon's invalid son. The stories show David as wise, generous and kingly in his love for his people. Yet we see David also as a weak man, blind to his sin.

On the roof of his house late one afternoon, David sees Bathsheba bathing, is bowled over by her beauty and must have her as his own. He's the king, so he can do that, force her to come to him. But that isn't enough, he must have her as his wife, though she is already married to Uriah, an officer in his army. When he fails to trick Uriah into appearing disloyal to him, he orders him to be put at the front of the battling army, where he is sure to be killed. He is killed, David marries Bathsheba, and she bears a child, not knowing David's complicity in her husband's death.

Not too much later, God sends the prophet Nathan, Samuel's successor, to David, with the story of the rich man who had many herds of sheep, and the poor man with only one little ewe, who grew up with the man's children, eating from the table, frolicking with them, the apple of the poor man's eye. When the rich man got a visitor, he wouldn't serve any of his flock, but took the poor man's lamb and slaughtered it for the visitor's dinner. Hearing this story, David roared with anger at the rich man for his selfishness and lack of pity: "He deserves to die!" Nathan replied, "You are the man."

How could David have not seen what he did? How do we not see what we do? How does the Evangelical Lutheran Church in America not see what it does? Focusing on ourselves, we forget that God is in control. We forget God's word to David: "Why have you despised the word of the Lord, to do what is evil in his sight. . . . Now therefore the sword shall never depart from your house, because you have despised me, and have taken the wife of Uriah the Hittite to be your wife . . .I will raise up evil against you out of your own house."

Yet God did not abandon David, though he brought the death of David and Bathsheba's son as punishment. God forgave him his sin and kept David on the throne for 37 years, though they were years both of glory and of pain for David. Out of his line came Jesus.

We read Scripture to fit our wills, not God's will. Yet we know that God's will and way will prevail, not ours. We also know that, though we may not have our way, God forgives us and loves us and has promised us life far better than we can arrange for ourselves or even imagine in our small self-centered minds. Though God chastens us, and our church, we can always know we are loved and forgiven and that God's way for us is best.