Still trying to 'cut and paste' 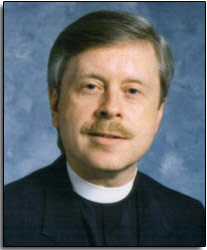 Among our Founding Fathers, it is said that Thomas Jefferson liked his New Testament without miracles. So, the rationalist he was, Jefferson literally cut them out of his Bible. His contemporary, Benjamin Franklin, scholars say, couldn't decide what he believed about God that might help explain his philandering ways. Unbelief did not stop either man from attending the venerable Christ Church Episcopal in Philadelphia. Franklin is buried in their cemetery.

As I travel around Philadelphia, seeking to minister to its current citizens, I am reminded of these two national figures and their representative influence on our culture. It seems their tradition of thinking continues with a sentiment that then and now dismisses biblical claims about Jesus as the Christ, for instance. Many say, literally and figuratively, "it is all in the eye of the beholder," to say what the interpretation of Scripture really should be. Cut and paste, just as Jefferson did. "This is America, after all," they might add.

It is in this framework, I believe, that two recent newspaper articles by clergy caught my eye. In one, written by the Rev. Donna Schaper for Good Friday, she asks, "Why not let Jesus be human and have a shadow…The ideal human. The best one I know. In my terms, my savior. But not necessarily perfect." Identified in the Philadelphia Inquirer as senior minister at Judson Memorial Church in New York City, I know Schaper's creative "wordsmithing" to appear periodically in journals like The Christian Century.

The Inquirer, some days later, printed a layperson's response under the bold heading, "Jesus was human, but did not sin!" Steve Scoffone of Philadelphia used Hebrews 4:15 as a reference, "But we have one who has been tempted in every way, just as we are, yet was without sin." He concluded his response to Rev. Schaper by writing, "Yes, Jesus was fully human, but he never sinned. He was also fully divine, and that is why his perfect sacrifice can pay the penalty for our sins. Only a perfect savior could die in our place. And that is what Christians celebrate on Good Friday."

Two weeks ago, in another city paper, the Rev. Dr. Tim Griffin, a local Episcopal priest, submitted a commentary entitled "Most likely, everyone will enjoy salvation." Uncomfortable with "are you saved?" language, he ignores Scripture altogether and quotes, instead, St. Isaac of Nineveh. Whoever St. Isaac is, his reflections on a merciful heart move Griffin to state that Christian "smugness about salvation is just contrary to the way of life that Jesus brought to us."

This Episcopal priest concludes by saying he doesn't know if all are saved but wonders if it isn't possible "that we have all eternity to repent." He adds a version of "I'm Okay, You're Okay," or "Let's be Minnesota Nice. . . ."

"In the meantime, doesn't it make sense for us to stop wondering who is and who is not saved and spend our time instead seeking, with God's grace, for a merciful heart?"

I read this and felt lightheaded, no, sick. It is the cut and paste thinking of Jefferson and Franklin and not worthy of a full communion partner of the ELCA. Salvation for us is still, according to Scripture, through the cross of Jesus Christ and not optional.