The End of Loyal Opposition 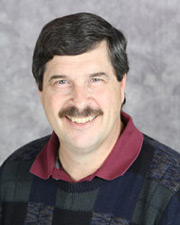 For over a decade, WordAlone has assumed the role of the loyal opposition in relationship to the ELCA. We clearly voiced opposition to prevailing trends, but always with the intention of getting the ELCA back on a faithful track with a future. However, we see in the watershed events surrounding the August 2009 churchwide assembly the ELCA’s irrevocable change of direction. The actions of the Church Council, the rejection of Biblical authority by the delegates, the weak-kneed response by the bishops, and the increasingly strong-arm tactics of the church to repress critique make it clear that it is not a church body whose direction can be changed by a loyal opposition. Therefore, the “loyal” in the equation is now over. While our “loyalty” has always been to our one Lord and Savior Jesus Christ, our attempts to oppose gently and charitably have expired. Upholding the Bible and the Lutheran Confessions and allowing their own opposition to the actions, decisions and rhetoric of the ELCA to shine will be our only means of “opposing.”

After a decade of concerted effort that included WordAlone prayerfully and patiently birthing faithful ministries, actively witnessing in the wilderness while waiting on the Lord’s directive through the Word, we have concluded as a movement that the theological decay of the ELCA cannot be stemmed or reformed. The entire doctrinal infrastructure of the ELCA is extremely damaged and the pervasive apathy of the membership at large assures that the current tragic direction will continue indefinitely. We urge confessional and biblical Lutherans to begin making plans to disassociate with the ELCA for the sake of their spiritual well being and particularly for the spiritual well being of their children and grandchildren.

There are two sides to our new message. First, with all due haste, leave the ELCA. The clear departure from Christian orthodoxy over the last dozen years provides all the clarity one needs for your decision. The “vote” in August 2009 was only the most recent and most flamboyant in a long series of evidence that the ELCA is no longer a viable and thriving Christian denomination. Individuals, groups, and congregations who are leaving the ELCA should understand themselves as choosing to stay with Christian orthodoxy and remaining in unity with the majority of the world’s 2.1 billion Christians.

The second side of the message is the amazing opportunity available to those leaving the ELCA and joining with the newly developing Lutheran church bodies such as Lutheran Congregations in Mission for Christ (LCMC), Canadian Association of Lutheran Churches (CALC), and the (yet to be constituted) North American Lutheran Church (NALC). Together these church bodies provide the promise of option and teamwork among Lutherans in ways never seen before. Lutheran CORE affiliation seeks to maintain unity and gather together those who leave the ELCA as well as those who remain within the ELCA for whatever reason. Please keep your eyes on the various websites and newsletters of these organizations. In the next few weeks you will be amazed at the growth and wonderful potential for mission in response to Christ’s great commission that will come from this new Lutheran landscape.

WordAlone’s new role has two aspects to it. First, we will sound the call for faithful Lutherans to leave the ELCA for a new and better opportunity among orthodox confessional Lutherans. We look forward to the day that all of the sheep are safely out of the ELCA. Second, in addition to sounding the call to leave, our role is to continue to produce the services and resources needed by the new Lutherans — churches, agencies, groups, families and individuals — to preach, teach and confess Jesus, God’s Word alone. We are now preparing to launch an Internet based, multimedia evangelism ministry called SaLT (Salvation, Life and Truth) in order to reach out with the transforming Gospel of Jesus. We are working to start new worshipping communities through our partnership with LEM in a Lutheran house church network called “Life Together Churches.” We continue to bring new Christian Education publications for children, youth, and adults through Sola Publishing. We are spreading support for new mission starts, interim pastors, and pastoral acts through the Chaplains Corps. We are upgrading our “Clergy Connect” service to help congregations and pastors find each other. So, even as we carry forward the work of opposition to the ELCA by providing help for faithful transitions, we are faithfully contributing to the new reality among confessional Lutherans.

Even though the loyal opposition to the ELCA has ended, please know that we have not forgotten loyalty. Our earthly loyalty continues with those of you who know the treasure that lies in your Bibles and the guidance for your life that God communicates to you through His Word. We will continue to speak out on your behalf; however, our words will be in opposition to the ELCA and other human institutional church bodies preaching a false gospel and in favor of departure from them. We invite you to take a careful look at our new “Leaving the ELCA Series” in the WordAlone.org website (www.wordalone.org). We think it will give you insight and hope as you consider your new future apart from the ELCA.