It's Time to Drop -- a failed mission strategy! 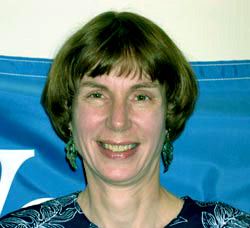 But the ELCA adopts quite a different attitude toward another mission strategy.

In the years prior to the passage of Called to Common Mission, the full communion agreement with the Episcopal Church USA, ELCA members were assured that this agreement -- and, specifically, the imposition of the so-called "historic episcopate" on the ELCA -- would enhance the mission and ministry of the ELCA. Quite the opposite has been true.

ELCA membership has dropped steadily and in increasing percentages in the seven years since CCM passed. The number of ELCA congregations has continued to decline. Further, because CCM requires new pastors to be ordained by a bishop, the ELCA has spent thousands of dollars on transportation, lodging and meal expenses for bishops to travel to ordinations. (In many of the traditions among American Lutherans, ordination services were presided over by neighboring pastors, a much more convenient and inexpensive practice.)

Seven years are enough! It is time to reject this failed strategy! What can be done? Each ELCA member and each congregation can inform themselves about the consequences of CCM. Go to conference and synod assemblies and advocate for a true mission strategy -- one that involves starting new congregations and faithfully preaching and teaching God's Word. Point out that CCM is a failed mission strategy and ask that it be subject to the same treatment that other failed mission strategies experience. Begin now to advocate that the provisions of CCM requiring ordination by a bishop be suspended and that the money saved be redirected to true missional purposes.

Presenting a resolution to this effect would provide opportunity for useful discussions at your synod assembly.