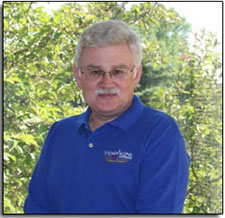 Don't tell a member of Lutheran Church of Hope in West Des Moines, Iowa, that the only time the Lutheran church grows is "during a time of high birth rate or increased immigration." They won't buy it for a second--as their church recently grew by more than 1,000 members in just one year. And has grown by 2,279 members in the past 3 years. This at a time when the ELCA lost the equivalent of 79, thousand-member churches this past year!

Three times yearly (Christmas, Easter and during a summer Taste of Hope celebration) members are encouraged to bring an "unchurched" acquaintance with them to worship. This year's Easter Sunday attendance of 12,500 was nearly double their membership of 6,712. And on any given Sunday, 4,538 people (or 67% of the membership) are at worship! [Current average attendance for ELCA churches is the lowest ever at 29.5%. For Hope Church, that would mean only 1,980 people in worship.]

Senior pastor, Michael Housholder, became pastor of this young church in 1993 at a time when Sunday attendance of 40 was considered good. There was no sanctuary--just a rental facility. After much footwork, and a lot of door-knocking, this congregation has grown so much it now plans to dedicate a new 2,600-seat sanctuary this fall. And Pastor Mike will then preach at only four services each weekend, rather than the current 11.

Why such phenomenal growth? Ask Pastor Merv Thompson, one of Hope's five teaching pastors who was senior pastor at Prince of Peace Lutheran Church in Burnsville, Minn., in the 1970s when it became a megachurch. He will tell you it is because of "the Great Commission and the Great Commandment." Both take on personal relevance for each member of this church through the small-group Alpha program and worship services that incorporate a three-year preaching cycle.

Sermons during the first year provide an overview of each book of the Bible. When Pastor Merv first arrived at Hope, he was asked to use "the book of Numbers" as his text one Sunday! What a task with that historical recital of names and numbers. The second year's sermon texts pertain to one's "getting connected with Jesus and with one another." And texts for the third year pertain to mission! This congregation excels at mission--both in sharing God's Word and His loving concern. The Vacation Bible School handled 1,000 more students than their regular Sunday school of 2,500.

The church's recent study of Rick Warren's book, "Better Together--What on Earth Are We Here For?" led to the preparation of 1.5 million meals that were flown by military transport to Haiti--surpassing a goal of shipping 1 million such meals! Additionally, hundreds of bags full of groceries were given to locals, some through the Salvation Army. Also, the congregation is building the ninth of 12 cottages planned for Riverside Bible Camp in Story City, Iowa. Each one houses 12 campers. The cost of each cottage is covered fully by Lutheran Church of Hope members.

At times during the sermon, video interviews of Hope members telling their "Hope stories" are shown--relating how Jesus has changed their lives. For people of this congregation, the hymn "I Love to Tell the Story," has special significance!

Pastor Merv is excited about the future of pastoral training. He cites a study that indicates 85 percent of failing congregations are led by seminary trained pastors and only 40 percent of growing churches are led by such pastors. Recent research, he notes, suggests that leadership is learned 70 percent by experience, 20 percent from mentors and guides and 10 percent by academic learning. As a consequence, his current challenge is forming a leadership institute (Hope Servant Leader Development Center) designed "to help lay persons and clergy become more intentional and effective leaders." Such leadership training could potentially be a part of a comprehensive theological institute, such as WordAlone's! He notes that seminaries, given their 600-year-old roots in tradition, will likely continue to emphasize the importance of credentialing, whereas evangelicals appear more concerned that training result in competence.

Pastor Merv repeatedly emphasizes the importance of building strong congregations in order to "build up the body of Christ." He believes such churches likely will cooperate in ways over and above the current, more defined synod opportunities. "Evangelical congregations have tended to focus almost exclusively on the Great Commission, and mainline congregations have primarily emphasized the Great Commandment. But Hope seeks to respond to both!" he said. Pastor Mike, he added, has articulated this emphasis most effectively. "People want to be part of a congregation that has such vision."

In lifting up Christ to the people of West Des Moines, Lutheran Church of Hope has experienced blessings beyond the wildest of expectations! One sees there a place where Hope grows!