Everything I learned about the redirection of financial support, I learned from the ELCA 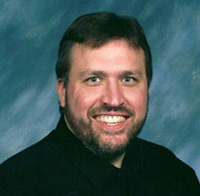 Having never been much of a political activist, my first encounter with this concept came in my seminary years. In describing the possible ways we would be able to allocate our pension funds as new pastors, we were introduced to what were called “social purpose funds” through the Evangelical Lutheran Church in America Board of Pensions. These funds were set up by the ELCA specifically so that we could be assured that our money would not be invested in companies and institutions acting contrary our church’s faith position. At that time, the church was taking an active stance against the policy of apartheid by the government of South Africa, and “South Africa-Free” investments were popular as a way of applying financial pressure to that government.

When I attended the 2007 ELCA Churchwide Assembly in Chicago, I noted how the church endorsed this same strategy, by calling on the ELCA to use economic pressure and redirection of investments as a means to influence political policy in the Palestinian/Israeli conflict. Part of a larger memorial approved by that assembly asked:

“To call upon the Evangelical Lutheran Church in America to underscore the call for economic initiatives by this church and its members in the ‘Peace, Not Walls’ campaign. Such initiatives could include: purchasing of products from Palestinian providers, and exploration of the feasibility of refusing to buy products produced in Israeli settlements. Also to be explored is the entire investment activity by this church.”

In the discussion of the memorial, Rev. Rebecca Larson, executive director of the ELCA’s Church in Society unit, was asked if the practice of using financial pressure as a means of influence fit with the ELCA’s overall position and practice of stewardship.

“Larson explained, ‘The recommendation is consistent with the churchwide strategy adopted by the 2005 Churchwide Assembly, particularly its economic stewardship section. The emphasis,’ she explained, ‘is on positive economic investment to help those most in need,’” according to the report of the ELCA Secretary, 2007 Churchwide Assembly: Preliminary Minutes.

The ELCA has always recognized as an expression of legitimate and faithful stewardship the practice of reducing financial support to entities that do not reflect a church’s faith position, and redirecting such funds to other entities that might better serve our faith mission.

Going all the way back to the 1999 social statement on “Economic Life - Sufficient, Sustainable Livelihood for All,” the ELCA has been clear about the need to maintain the connection between financial decisions and faith perspective, saying: “We commit ourselves as a church and urge members to … integrate social values into our investment decisions.”

Following the decisions of the 2009 ELCA Churchwide Assembly, I recommend that congregations consider this stewardship guidance in their budget planning for the coming year.

As an expression of good stewardship, congregations should seriously consider whether the institutions, organizations and ministries they support through their benevolence dollars are in harmony their local congregation’s faith perspective. If a congregation finds itself in conflict with the values of an institution, that congregation has an obligation to redirect its support to the needs of ministries that better share its own social values.