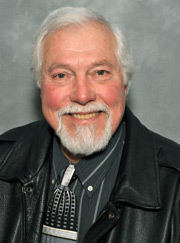 On the high bluffs of Mount Carmel Conference Center, overlooking Alexandria, Minnesota’s Lake Carlos, a stiff breeze on Sept. 27 seemed to signify an end to a decade of tiresome debate over the misdirection of the Evangelical Lutheran Church in America. A standing-room-only crowd of more than 600 central Minnesota Lutherans filled the chapel for a regional WordAlone event, “A Denomination at Risk: Responses to the Churchwide Assembly.” WordAlone president, Pastor Jaynan Clark, and two ELCA bishops, Larry Wohlrabe of the Northwestern Minnesota Synod, and Bill Rindy of the Eastern North Dakota Synod, were the main presenters.

Clark’s presentation focused on the freedom that Lutherans now have in North America, following the unprecedented failure of the ELCA churchwide assembly in August to be faithful to God’s Word, to look ahead to spreading the Gospel of Jesus Christ, unfettered by the social, secular gospel of the ELCA.

These words seemed to be heard with a new meaning by these ELCA Lutherans, assembled that September day not to save their denomination, but to cut it away if it was causing them to sin.

During the next few hours it became clear through peoples questions and responses that few people gathered there considered full participation in the ELCA a part of their Lutheran future. The mood reflected the ancient words of Hosea the prophet, “They sow the wind, and they shall reap the whirlwind.” (Hosea 8:7) The ELCA had sown the wind in the minds of many, and now reaped a whirlwind of irreconcilable discontent.

Those crowded into the chapel listened politely to persuasive arguments presented by Bishops Wohlrabe and Rindy as they urged those attending to remain in the ELCA. While the bishops received polite applause their messages seemed to have come too late for most in the room.

As one woman expressed it, “They’ve had 10 years or more to fix the ELCA, but all they’ve done is walk the other way. What would be different now?”

Clark had flown to Minnesota after attending the Lutheran CORE Convocation in Fishers, Ind. on Sept. 25-26, where more than 1,200 Lutherans had gathered. While at the Fisher’s event Clark said, “This could be one of the biggest events in Lutheran history in contemporary time.”

She preached at two Starbuck, Minn. churches before traveling to Mount Carmel to present and be a part of the panel discussion with the two bishops.

But Pastor Clark’s energy was unabated as she took the Mount Carmel podium and said, “Now it’s time we talk turkey.”

She reminded those present that many of them had fought long and hard to turn the ELCA’s “Titanic” away from the icebergs of political correctness, social justice and watered-down false gospels.

“And what was the crew of the Titanic doing as the ship was sinking?” she asked. “Pumping up the band to play louder and keep the food and drinks flowing so no one would notice the gushing, rising water level.”

But Pastor Clark’s message rang with hope, not recrimination.

It was a new day, she said — an exciting time that promised new opportunity to preach the true Gospel and reconstruct a new worldwide Lutheranism that was faithful to Holy Scripture, the Lutheran Confessions and the traditions espoused by Martin Luther and founders of the faith.

It is a time to move forward, not backward, she said.

Clark explained that ELCA Lutherans were anything but abandoned because WordAlone and others had been preparing for this day for years. She said that WordAlone had witnessed from within the ELCA long and hard, but had also birthed many ministries and partnered with others so that if the time came that the ELCA leadership committed denominational suicide, good options were available to all.

Beginning, she said with the Lutheran Church—Missouri Synod with whose leaders WordAlone has been meeting for several years. While there remain differences in practice, she pointed out there is much more that orthodox Lutherans in the ELCA share with LCMS. She reminded the audience that many now paint all Lutherans with the broad brush of the ELCA, though its secularism is soundly rejected by almost every noted and growing Christian denomination.

LCMS has a stake in redirecting the public focus away from the disastrous decisions of the ELCA, she said, and toward the truth that other Lutheran denominations have faithfully maintained.

Lutheranism is not dying in the world, she said, but renewing itself to follow Christ alone, forsaking contemporary gods and new religions as it has always done.

In this regard she explained, “We have been preparing a long time for this exact day. Some years ago WordAlone birthed a new church body, Lutheran Congregations in Mission for Christ (LCMC). And we are ready. Presently the board of directors is working on a full proposal that formulates the new Central District with LCMC as one possible way of helping transition ELCA churches.” (The proposal can be found at www.wordalone.org).

[LCMC, headquartered in Canton, Mich., has no bishops or bureaucratic hierarchy, but is a freely associated membership of 226 congregations throughout America and eight other countries, according to its “Consider Your Options” brochure, made available to those attending the Mount Carmel gathering. LCMC can be contacted by calling toll free Monday through Friday: 866-720-5262, or by writing them at 7000 North Sheldon Rd., Canton, MI 48187. Their web address is: www.lcmc.net.]

“The new Central District would provide a confessional home for churches who exist to preach, teach and confess the Word of God and who understand the primary mission of the church is evangelism in Jesus’ name both at home and globally and want to engage in it vigorously,” Clark said.

The expectant mood of the crowd erupted often in laughter and applause as Clark described the future of Lutheranism as bright and exciting. She left no room for indecision, backsliding or the rehashing of past ELCA failures in leadership. A new day had dawned and it was time, she said, for Lutherans to hasten toward it, not with regret, but with renewed energy and vigor.

At the end of her remarks, the room resounded with a spontaneous standing ovation. A new joy came to the faces of those hundreds of people who are rediscovering what it means to be Lutheran Christians at such a time in history.