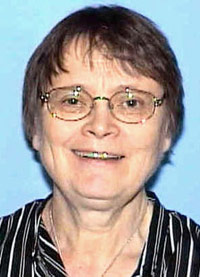 The new Evangelical Lutheran Church in America hymnal, "Evangelical Lutheran Worship" is appearing from the publisher as I write. It is being sold with great hoopla throughout the denomination. People who think a hymnal contains only hymns will look first to see if it includes their favorite hymns and they probably will not be disappointed. It will include favorite gospel hymns long banned from traditional Lutheran hymnals, fewer old classic German chorales and lots of songs from around the world, especially the southern hemisphere, with few new ones from the north, where Scandinavian Lutherans, especially, have been in the midst of a hymn explosion for the past 40 years.

There will be many Eucharistic hymns that reflect the theology of the Lord's Supper ruling today: that worship is the people's time to give thanks to God and celebrate unity and community with each other. No longer is the Supper chiefly about the forgiveness of sins. Most people, however, will only look for their favorite hymns and miss that a "hymnal" today is much more than the old black or blue hymnal of their childhoods.

I suspect that the ELCA committee that formed this new resource was much less interested in the hymns than in the worship services it prepared. My guess is that the committee is hoping that while people like these popular hymns, they will begin to use the new liturgies and continue to be shaped away from the classic Lutheran theology of the worship service as proclamation, a time where God speaks directly to us. The Sunday morning service is one of the few places in our lives where we know that we are receiving the one true God, as Christ has promised, "Where two or three are gathered in my name, there I am also." This is being changed by the romantic work of Gregory Dix, an early voice in the ecumenical/liturgical movement, whose book, "The Shape of the Liturgy," continues, after 60 years, to beguile those who write these new liturgies for us.

One of the old rules often cited by this movement is that the way we pray will, after some time, become the way we believe--lex orandi, lex credendi. It has already happened with many of our fellow Lutherans. They are beginning to think a service is not complete without the sacrament of the altar which they are being taught is the highest way to receive the Word of God. Luther argued against this notion at every opportunity, noting frequently that the highest work of the pastor was preaching rather than prating and mumbling through the Mass.

Ever since we knew this ELCA book was going to appear, many of us have tried, but not succeeded in convincing faithful Lutherans that because of the inevitable truth of the rule lex orandi, lex credendi and the "mischief" of the liturgical "experts" who were writing the new worship resources for the ELCA, we needed to provide another, alternate evangelical Lutheran resource for our people for their daily devotional lives and Sunday services. Since most Lutherans think of a hymnal as simply a collection of hymns to be sung on Sunday morning, with some liturgical pieces written in either traditional or contemporary music, they are defenseless against this ecumenical/liturgical movement. Now that the new book is out, I fear, the same opinion will allow this new book to erode the confessional foundations of our tradition. People will talk about liking or not liking liturgy, they will define themselves as Lutherans because they like liturgy, which is usually about whether or not they like the music, without looking carefully to see what kind of words and actions the new liturgies are beguiling them to perform. It is the words that need the most careful perusal.

You will be able to tell if the new ELCA hymnal (Evangelical Lutheran Worship) is evangelical by asking yourselves a few questions as you look at it. It will contain new emphases on the "work of the people"--away from the centrality of Scripture and the work of the Word in its new services. I believe the funeral service has strayed from Scripture to put more emphasis on the deceased especially in the prayers that God receive the dead. This is a subtle movement toward the Requiem Mass of the medieval church.

Do ELW worship settings offer the elements as a sacrifice to God with the words of institution inside a Eucharist prayer? If they do, they are not in accordance with the Lutheran Confessions. The words of institution must be free-standing proclamations. Do the hymns focus on telling God what we are doing in the service--walking up to the altar, celebrating community? Do they urge us to social action? Lutheran hymns usually have been about proclaiming to the congregation the marvelous deeds of our Lord.

Are the texts of the Psalms changed so as not to offend the ears of the politically correct? Sit with a version of the Bible you know and compare it carefully with the version in the new ELCA hymnal. Have the pronouns referring to God been changed, from the original "he" in the Hebrew, to "you" in order to avoid "he," the third person pronoun for God? One can see it in ELW's Psalm 95 that has changed the great line in verse 5: "The sea is his, for he made it, and his hands have molded the dry lands" to "The sea is yours, for you made it, and your hands have molded the dry land." This change is a serious matter for a movement that believes in sola scriptura (Word alone). Should we allow the Word to be mistranslated in order to be politically correct?

Those of you who can influence your congregations should be going to council meetings and annual meetings armed to argue against the ELW and, we would hope, for what the independent ReClaim hymnal committee has done and is doing to develop a new resource for you that will be evangelically sound and available to those of the 21st century eager to access the correct Lutheran theological understandings of the Confessions for today.

Here's what you can do right now to support our efforts: Get your congregation to serve as a test site for the ReClaim Introductory Edition and upcoming settings; buy the ReClaim Introductory Edition at www.ReclaimLutheranWorship.org; buy copies for your family as well as for your children and their children for daily use in the home. With its 47 favorite hymns, which I believe every family should know, alongside Luther's Small Catechism this new resource will teach the faith as it has been taught for centuries. Check the ReClaim website for study resources, including a 12-minute DVD touching on the basic issues.