"That day when evening came, he said to his disciples, 'Let us go over to the other side.' Leaving the crowd behind, they took him along, just as he was, in the boat. There were also other boats with him. A furious squall came up, and the waves broke over the boat, so that it was nearly swamped. Jesus was in the stern, sleeping on a cushion. The disciples woke him and said to him, 'Teacher, don't you care if we drown?' He got up, rebuked the wind and said to the waves, 'Quiet! Be still!' Then the wind died down and it was completely calm. He said to his disciples, 'Why are you so afraid? Do you still have no faith?' They were terrified and asked each other, 'Who is this? Even the wind and the waves obey him!'" (Mark 4: 35-41) 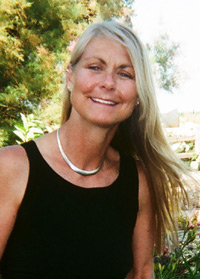 Apparently Jesus doesn't have any problem with the rocking of the boat but the disciples... that's another story! Personally they wanted Jesus to "fix it" for their sake, never bothering to pause and wonder why it wasn't a problem for Him.

If only WordAlone had a dollar for every time we have heard, "We don't want to rock the boat." I'm left wondering where this understanding of being Jesus' own--and even being called His church-- got equated with smooth sailing and even luxurious cruise line accommodations to boot? Perhaps it is the result of:

But regardless of the winds of change, simply speaking, we are all a product of the same misunderstanding the first disciples had when setting sail with Jesus. While we are a good 2000 years later and on the other side of the cross and the empty tomb from this setting on the stormy sea, we are finally right where the original followers were: Self- absorbed and thinking it's all about "me" after all ( "Don't you care if we drown?!"). There they were and here we are rocking and rolling in the midst of a storm and we are still worrying about ourselves and our own "fate." Jesus,on the other hand, seems to be concerned about our "faith;" or more accurately the lack there of.

The fear of "rocking the boat" or even being associated with doing so is really a witness to our preoccupation with personal preservation at the cost of missing Jesus' awesome, untamable presence.Keeping everyone "happy" and "together" and "united" and "peaceful" usually equates to squashing the truth and denying reality. Just silence opposition, sing louder, have more meetings, and keep trying to convince everyone they are not empty, confused, misguided, miserable, and divided. How well is that working out for us? Fear of the storm and the rocking of the boat is really just denial of the cross of Christ and His call to discipleship. 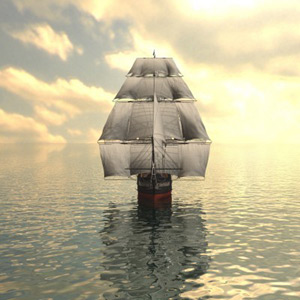 So who is this smooth-sailing savior who bids us to be silent and conform to the world around us? I do not know Him for "it is not written." The real, historic, documented, living Jesus seemed to be relaxed in the midst of the storm and even rocked into a state of slumber as the world churned around Him. He regarded the entire scene as one that reflected faith or lack thereof. Now, in the year 2011, this side of the cross and the empty tomb, can we not hear and see this all very differently? Those same disciples, who were begging for their personal safety at sea, later denied even knowing Jesus and after His death chose the silent, still waters of a room upstairs. They were hiding and silent and still until Jesus' rocked their world and did it by bidding them "Peace!" A "peace" that the world did not, still cannot, understand.

Breathed upon and covered by this "peace that passes all understanding" every one of those fearful, non-boat rocking disciples went forward in the call to come and die....rocked the world... defied the waves... engaged in the deadliest catch of all -- fishing for men and women to be fellow boat-rockers. They were stopped and silenced by nothing--not imprisonment, persecution, or even death. It calls up that hymn of old, never popular, but pointedly true, "They Cast their Nets":

They cast their nets in Galilee, Just off the hills of brown; such happy, simple fisher folk, Before the Lord came down, Before the Lord came down. Contented, peaceful fishermen, before they ever knew the peace of God that filled their hearts brimful, and broke them too, brimful and broke them too. Young John, who trimmed the flapping sail, homeless in Patmos died, Peter who hauled the teeming net, head down was crucified, head down was crucified. The peace of God it is no peace but strife closed in the sod. Yet let us pray for but one thing; the marvelous peace of God, the marvelous peace of God. (LBW. #449).

The hand of God is all over our present state of affairs it seems. It always is. His hand that rocks the boat and launches out on the high seas in search of the deadliest catch, defies all those who value smooth sailing and the false peace of the so-called prophets of this world. Content to "rock the boat" and shake things up because He can; Jesus is exercising His right to "rock the boat" as hard and as much and as long as He chooses. He may just continue to rock the boats that call themselves His church until all the members and the money fall out.So be it.There is more than one way to clear the deck and if He is who He says He is, and of course He is, then we bestbe who we are called to be. . . boat-rocking disciples sent out on the high seas for the deadliest catch of all. Never mind the waves or the rough ride or the inconvenience of the storm, for in it all is the witness to that which makes for the true peace of God.