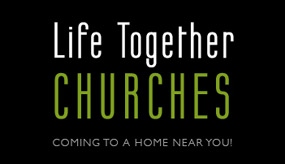 Life Together Churches On April 14, 1912, shortly before midnight, the RMS Titanic struck an iceberg, sinking early on April 15, two hours and forty minutes later. The sinking resulted in the deaths of 1,517 of the 2,223 people on board. It was a tragedy of epic proportions. And yet the tragedy is only made worse by the knowledge that many of these deaths could have been averted. Many of the lifeboats launched from the Titanic were less than half full. One lifeboat meant to hold 40 people had only 12 on board. Another meant to hold 65 had 28.

This tragedy reminds me of a story Jesus once told. In Luke 14:16-24 the Master tells of a feast held by a man. But many of this man's invited guests did not come to his dinner. His tables were half full. Even after bringing in the poor, crippled, blind and lame, still there was more room. So the man commanded his servants to go out and compel anyone they could find to come in. Elsewhere Jesus speaks of his primary mission - to seek and save the lost. 2000 years ago Jesus launched the greatest rescue mission in history. The world is sinking. By the death and resurrection of Jesus a secure means of rescue has been established. The Great Rescuer has launched his church which is to go out amidst the wreckage and pull people from the freezing waters and into the safety of His church. Every church is like a lifeboat engaging in the mission of Jesus to seek and to save men and women drowning in their sin. And yet the tragedy of the human race is only made worse by the knowledge that many of our churches are anchored half full a safe distance from the wreckage.

A little over three years ago the LEM (Lutheran Evangelistic Movement) began the construction of some new lifeboats called Life Together Churches. Last year we launched our first Life Together Church and shortly thereafter saw three completely unchurched families come to faith in Christ. One woman in our new church after the first couple of months told me, "I've learned more about God in the last two months than in the whole rest of my life combined." Another had tears in her eyes the first week she was with us as she experienced the presence of Jesus. It's been a joy to share the gospel with these families each week and to see them come to a living faith. When we started, some of these folks had never prayed out loud before, had never sung songs together in a group, didn't know the difference between the Old and New Testaments, didn't know what the chapters and verse numbers meant. But they were hungry from God. They knew they were drowning and God pulled them from the freezing water and into Himself. This has been a work that God has done and our family has been privileged to witness it.

These families are not unique. The number of unchurched in our nation has grown to a staggering number. Millions are drowning in the freezing waters of their sin and separation from God. But many of these folks are not hardened against the Lord. They will respond positively to the gospel in the context of a loving Christian community. However, many of them have a negative impression of the institutional church and would not step foot into an established congregation for various reasons. For these folks the church must instead come to them. And that's what Life Together Churches are. Its churches being launched right in the neighborhoods where people live and work and play.

Life Together Churches come in three forms: simple church, cell church and house church. Simple church is church at its most basic level. It may be a gathering in a coffee shop, on the beach, or in a home. It is, by definition, simple. It focuses on people, rather than programs and structure. Cell church can be seen as multiple simple churches linked together to form a hierarchy of support and accountability. Usually a pastor oversees the cell groups and leads a monthly large group gathering. Ahouse church is more autonomous than a cell church though it is often networked organically with other nearby house churches for occasional large group gatherings and other shared ministries.

These Life Together Churches can be rapidly started and supported without trained pastoral leadership because of a well-designed set of offerings that provide all the required resources and services. The offerings leverage Internet technologies to create a network of churches that work together in mutual support. To aid in moving this forward, the LEM has entered into a strategic partnership with the WordAlone Network (now called WordAlone Ministries) and we are launching Life Together Churches together as a joint venture. Word Alone has contact with many emerging small worshipping communities lacking pastoral leadership due to recent events within the larger church. Life Together Churches is helping some of these groups to formalize into missional congregations networked with other house churches and cell churches in our Life Together network. Life Together Churches is not another new denomination, but rather is a network and resource for emerging cell churches and house churches. As we launch and/or service these new churches we aid them in linking up with appropriate denominational affiliations in step with the membership base and leadership of each emerging simple church.

To help launch a new Life Together Church we first offer a startup workshop. This is a face-to-face, day long workshop to help local leaders and participants get their Life Together Church started quickly and effectively. We then offer them ongoing pastoral care and leadership coaching through weekly interactive video sessions to support their learning and development. A basic worship plan is designed and published each week to support worship in small group worship settings. This plan can be adjusted or replaced as needed by local Life Together Church leaders at their discretion. The Life Together network provides website, social networking facilities, and a monthly email newsletter to help local groups gain a sense of the greater community of Life Together Churches. We're also developing adult educational materials as well as a new innovative confirmation program called DSTNY to aid in the discipleship of young and old. Periodic retreats and an annual conference will round out our program offerings to support this new paradigm of church planting.

We've run into many folks who are excited and intrigued by this new model of ministry and who would like to explore this unique way of doing church. To aid such groups in evaluating whether this model is for them we've developed a program called Starting Our Life Together. This is a series of worship plans and group activities designed to take a new congregation through its first 120 days. The content focuses on rediscovering the nature of church life in the New Testament. This timeframe is often used as a trial period for the group, ending in an evaluation about whether to continue.

If you would like more information about how you can start a Life Together Church in your area (or join an existing one), please contact us.