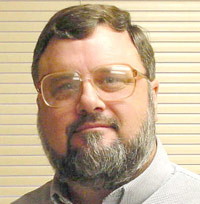 When I first joined WordAlone, one of my many questions was, what would the Evangelical Lutheran Church in America (ELCA) look like in 25 years and would my children still be members? Now, five years later, as we are preparing for my son’s October confirmation, I have been reflecting on that original question.

I was admittedly discouraged when LOGA (Lutheran Office for Governmental Affairs) signed a letter against the proposed federal marriage amendment. The ongoing sexuality study was also discouraging, but I saw a ray of hope when the last WordAlone convention supported a Biblical stance on marriage.

On the other hand, I have been encouraged by the adoption of a by-law amendment allowing pastors an exception to ordination under the historic episcopate and that there has been so much support for the seminary debt relief fund for pastors taking the exception. Another positive sign was that there has been interest, at the synod level, in changing the current governance process and allowing congregations to have more input into churchwide issues. However, the most encouraging thing to me has been what has taken place at my own church, St. Paul Lutheran in New Braunfels, Texas. St. Paul’s continues to teach and preach God’s Word. This month my son, Caleb, and 24 other young people will make a public affirmation of their Baptisms.

As I look to the future, I’m excited about the Evangelism Conference in November at First Evangelical Lutheran Church in White Bear Lake, Minn. This will be followed by our convention in April with a theme regarding the authority of Scripture. I would hope a lot of members attend and bring friends to these meetings. I would also hope to see more active chapters of WordAlone in Texas.

I wonder what impact Gracia Grindal’s work on worship, liturgy and possibly a new hymnal will have on congregations of the ELCA. I also wonder if the WordAlone Network will evolve into a more active trans-congregational entity or a synod in its own right that steers the ELCA to act as a more Gospel-driven, confessional, Lutheran Church. In Jesus Christ anything is possible.