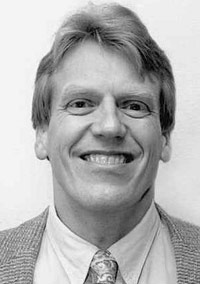 To ask about the fundamentals of the WordAlone movement is to pin down those basic assumptions taken for granted in discussing the truth of WordAlone’s theological assertions.

The effort to locate fundamentals must itself be regarded as a theological task. The lifting up of such fundamentals has everything to do with the central task of Christian theology: the proclamation of God’s gracious act of redemption in the life, death and resurrection of Jesus the Christ. Because this proclamation is controversial, every act of reflection upon the basic assumptions presupposed in theology must itself be controversial.

A number of months ago I began thinking about trying to describe the WordAlone fundamentals, and I actually wrote an article about them for the WordAlone website. However, because of the potentially controversial nature of this list of fundamentals, WordAlone leadership thought it best to take these principles to the Board of Directors of the WordAlone Network first to see if they agreed that these supposed fundamentals were, in fact, generally assumed by rank and file WordAlone members.

The board wanted to take a second look a few months later, and consequently decided to distribute these fundamentals to the WordAlone Convention last spring, and to solicit feedback and discussion at this year’s fall theological conference. The question is simply this: Does the following list of fundamentals provide the prerequisites for a distinctively “WordAlone theology”?

1. God is real and statements about God are either true or false

WordAlone asserts that God is real, that is, God exists in ways that humans cannot experience or wholly conceive. WordAlone assumes that God exists out and beyond the human mind. Today’s popular culture, however, routinely understands religious and theological statements as either expressions of the self, its attitudes and orientations or as the regulative statements of a religious community. Some in theological circles regularly assume that good theology begins with the idea that God cannot be any kind of real substance. Instead, God is seen by them as an ideal of human reason. WordAlone asserts, on the other hand, that the truth of theological statements is not dependent on the experience of individuals. WordAlone dares to suppose that theological statements are true or false based upon divine reality existing outside one’s self, one’s awareness, conceptions, language and values. This realist affirmation is entirely consistent with the thinking of Luther and the Lutheran Reformation – and with the Biblical witness.

2. God causes things to happen in the universe

While those who believe that God is only an ideal cannot logically claim that God causes things to happen, WordAlone firmly states that God’s creative acts do truly change the universe. God is an agent who causes natural events throughout the universe. WordAlone assumes that God really influences events in space and time and that His “mighty acts in history” are not mere metaphors of human existence. As Luther says in his explanation of the First Article in the Small Catechism: “I believe that God has created me and all creatures. . . “ WordAlone claims that “creates” must here be understood as “causes.” The necessary application of the term “creates” in “God creates me” is that God causes me to be.

3. All structures, institutions and sets of ideas or beliefs have been shaped by history

WordAlone realizes that all created objects and events are affected by other objects and events, and that this applies to thinking as well. There can be no thought or affirmation, no creed or confession that wholly escapes the historical context in which it originates. While WordAlone acknowledges that we cannot escape our historical context in conceiving God, it nonetheless follows the theological tradition that was dominant up until the time of the Enlightenment, a tradition that assumed that divine reality did not depend upon our conception of it. While our claim to know certain information is limited by the social, political, economic and cultural systems of our day, truth is not dependent on any of those.

4. Nothing finite is infinite

Because everything temporal or worldly is affected by and subject to the historical period in which it existed, nothing temporal can be infinite, or, without limits. Furthermore, no finite structure can be replaced by an infinite reality. WordAlone strongly rejects any effort to transubstantiate wine into blood, or to transform the human association gathering around Christ (the church) into the very Body of Christ Himself. Neither its structures, offices, nor people are “holy” in the sense of unambiguously presenting the divine in itself. The fact that the church is a sociological reality concerned with spiritual and eternal matters does not change the earthly or finite nature of the institution. Pastors and bishops are not “closer to God” or somehow “holier” than the lay people to whom they minister.

5. The true church is hidden, but is manifest primarily in local assemblies

WordAlone holds – with Luther, Melanchthon and the early reformers – that the true church consists of those with “faith and the Holy Spirit in the heart,” and that this church appears when and where the Holy Spirit gathers believers around Word and Sacrament. This happens primarily and regularly within the local assemblies. However, since God alone knows who the believers are, the true church remains hidden. Lutheran theology has always affirmed that while the visible church has members of the true church within it, it itself is not the church, properly considered. This notion of the hidden nature of the church is wholly consistent with the notion that nothing finite is infinite. Just as the infinite deity of Christ is hidden under the finite humanity of Jesus, and the infinite Body of Christ hidden under finite daily bread, so is the true church of the justified hidden under an earthly, visible church of human association and administration. WordAlone thus rejects the assertion of the Evangelical Lutheran Church in America that the church can have three visible “expressions”: local church, synod and churchwide organization – as if these finite institutions could express the visible infinite itself.

6. Original sin is the condition of humanity’s freely, but inevitably, turning from God toward something finite

Over and against a culture that assumes a basic goodness or innocence of human beings, WordAlone asserts that human beings are from birth enemies of God. The basic human orientation is to turn away from God in pride, sin and unbelief. All redemption is by God’s grace alone. The sinfulness in which we are fallen affects all of our faculties, even the operation of our reason. Because of this, all of our knowledge also is limited, finite and fallible. While reason is the highest gift of God to human beings, it is wholly susceptible to sinning, particularly when it thinks its power grand enough to know the ways of God.

7. The Holy Spirit works by grace alone to grant sinners the saving faith, not by grace with the necessity of human assent

WordAlone claims that the Holy Spirit’s work primarily is to illuminate and call human beings to the grace available in Christ. It assumes that human beings have no free will to cooperate with grace, even if they experience their divinely-wrought cooperation as flowing from their own freedom. Over and against many within the ELCA, WordAlone asserts that God and God alone saves; humans can do nothing – not even agree with God’s saving action. WordAlone endorses the general Augstinianism of the West, and the Reformation’s rediscovery of Augustine, in its claim that human beings cannot bring about their own justification.

While I claim that these seven statements are necessary for WordAlone theology, I am not claiming that they comprise all or sufficient statements of Christian theology. To get that, one must add a whole host of other notions, for example, the bodily resurrection of Jesus, God’s confrontation with us in Law and Gospel, the theology of the cross and our simultaneous justification and sinfulness. These others, however, are shared by many Christian groups, and are not distinctive of WordAlone as a movement.

My claim is that the theology of WordAlone avoids any attempt to base the truth of theological language upon personal experiences, attitudes or outlook, and prefers instead to hold to a realist interpretation that asserts that the truth of theological language is based upon the existence of realities outside of the limits of language and beyond what we can know through our five senses. Simply put, one can meaningfully assert that God is and He causes events within the universe to happen, even while admitting that no current scientific avenue exists for confirmation of God’s existence and this causal relationship. In other words, WordAlone allows for the possibility that the truth of theological language can transcend any available evidence, even when we, conditioned by the constraints of time and the times in which we live, cannot wholly apprehend that truth.

Moreover, our access to knowledge of the divine is limited by the history out of which our conceptual and interpretive frameworks came. Our standpoint is consonant with our assumption that the finite is not infinite, and that all finite structures – including the church – are finite, and that a basic waywardness characterizes all things finite. To speak of the true church in this life is, properly speaking, to speak of its hidden character as the gathering of all those granted the righteousness of Christ through faith, a righteousness that we now possess even though there is no “merit or worthiness within us.”

Editor’s note: This article is an edited and abridged version of Bielfeldt’s paper that was distributed at the 2006 WA annual convention. That paper is on the WordAlone website: www.wordalone.org/docs/wa-fundamentals.html