What will WordAlone be doing in 2009? 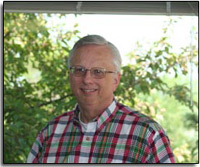 The directors of WordAlone often receive questions about what WordAlone is doing and what its plans are. At the most basic level, WordAlone is doing what it has always done— speaking out for Biblical and confessional faithfulness among Lutheran Christians. In 2009, we will be moving ahead with our mission in several ways.

In April, we will have our annual convention in Minnesota. The theme for the convention will be centered on evangelism: The Main Thing—Proclaim Jesus! We will put more emphasis on workshops at this convention. We have assembled several leaders for workshops who will help us to explore ways of engaging in effective evangelism. If you might be interested in leading a workshop, let the WordAlone office know. And if you don't want to lead a workshop, but are interested in learning more about effective evangelism, then mark your calendar now and plan to attend the WordAlone annual convention April 26-27, 2009, at Calvary Lutheran Church in Golden Valley, Minn.

Of course, the Evangelical Lutheran Church in America's Churchwide Assembly will be a big event in 2009. Matters having a profound impact on the future of the ELCA will be before that assembly. WordAlone will be there and we will not be alone. WordAlone is working with other Lutheran reform groups from around the country. That cooperation is being coordinated through Lutheran CORE, the coalition for reform.

Our work with other Lutheran reform groups is not limited to groups within the United States. The WordAlone board has set as a goal reaching out to Lutheran reform groups around the world. As a result, we have had increasing contacts with Lutheran groups in Canada and other countries. We plan to continue to build these growing relationships in 2009.

Perhaps the most exciting developments within WordAlone involve our publishing and educational activities. If you haven't done so lately, go to www.solapublishing.org. Through Sola Publishing, we are producing Biblically and confessionally faithful study resources for children and for adults. The resources for women's Bible study groups have been especially popular.

All of you who have contributed to WordAlone have my heart-felt thanks for making our work possible.