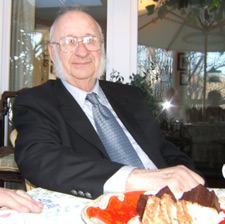 It is naïve to assume that radical Islam can be defeated by military means. It is equally naïve to assume that the problem that leads to radical Islam lies completely outside the boundaries of America. It is easier to radicalize Muslims because of our declining morals. The deterioration of traditional values of chastity and honesty, as well unbridled greed and materialism, in what is increasingly becoming the “formerly” Christian west, feeds radical Islam. We are hated not only because we are “infidels” but also because of our declining moral values. There is no excuse for terrorism and the killing of innocent civilians. Identifying ourselves as a part of the problem of the rise of radical Islam does in no way diminish the condemnation of Islamic terrorism.

Materialism and other vices that we are guilty of also exist in the Islamic world. Radical Islam, of course, prefers to focus on ills of the Christian west and what they call, “The Great Satan”. However, that does not justify ignoring our own declining morals.

Christ taught us to deal with our own problem before addressing the problems of other people. I found such self-examination to be painful. Having done so, I plead guilty. The decay of Christian morals began long before I was born in 1928 but it continued and grew in momentum during my life. My efforts to stop the decay were few and feeble. Mea culpa! My church has become a part of the problem rather than the solution. Instead of providing moral and prophetic leadership and addressing our sins of immorality, greed, and dishonesty our church focuses on political manoeuvring to “get the vote”. Our church participated in chipping away at the sanctity of the family as Jesus understood it. Our church structures seem to become more political and seem to be guided by principles that resemble more Machiavellian than Christian values. It appears to me that institutional power is used to suppress those that seek to abide by traditional Christian values. The excommunication of seven members of Faith Lutheran Church in Kelowna, B.C. serves as an example of such suppression. Such political tactics cannot be brushed off as simple errors of judgment.

Environmental causes are worthy of our attention, but they also can be used as a diversions. A church that has lost its direction can easily become fascinated by what is “in”. The primary task of the Christian church is to proclaim that humans are sinful and need to be redeemed and that Jesus is the redeemer. The first of Luther’s ninety-five theses is a call to repentance. Our church and our whole western society need to hear a call to repentance.

Our church is becoming weaker. Radical Islam is having a heyday. Some predict that several European countries, including Germany, will be dominated by Muslims within one generation.

In light of the declining birth rates among those with Christian roots as well as current trends in mainline churches in Canada, one may speculate what Canada might be like in 2080. I envision a fictitious reporter, Abdullah Benson, doing an interview with the leader of the Union of Transcendence Communities of Canada into which former Christian churches have merged in 2030 resulting in this reported interview:

A fictitious interview with S. Jameson, Chief Spiritual Executive of the UTCC (Union of Transcendence Communities of Canada).

Benson: Dr. Jameson, you have just completed your Tri-annual National Communication. What were some of the highlights of that event?

Jameson: As you may know we have just celebrated the 50th anniversary of our UTCC. Formed in 2030 as a union of former Lutheran, Anglican, United, and Unitarian churches, this union has now grown to include the Transcendental Meditation Society, the Canadian Buddhist Union and the Agnostic Society of Canada. Our mission is to provide quasi religious services to a variety of communities, some of whom believe in a Higher Power. We train our Spiritual Executives at VST (Virtual School of Transcendence) and serve about one million clients. We are the largest minority group in our Islamic country and have been granted a special charter by our gracious Supreme Ayatollah of Canada. We celebrated our diversity and the 30th anniversary of our Bill of Tolerance.

Benson: I remember from history courses that the dwindling memberships and shrinking financial resources led to a near collapse of Christian churches in the first few decades of the third millennium. What forces allowed them to be united in the UTCC?

Jameson: It was more than financial pressures and dwindling memberships that brought them together. A chief uniting force was the issuance of the NHCRV (New Historically Correct Revised Version) in 2020 that replaced the Bible. This work of 70 scholars removed all controversial parts of the Bible. These scholars totally demythologized the Bible, removed all references to miracles and the resurrection of Jesus. The NHCRV included only a few historically correct paragraphs about Jesus. It reduced the Bible to a 75 page document that was easy to read. It focused on a loving, tolerant and totally forgiving Higher Power, it was free of all commandments and judgmental statements, and it allowed people to interpret the NHCRV to suit their own needs. It is now our official book of Scriptures. It is a peaceful document that helps our clients to feel good. The replacement of the Bible with this progressive document allowed people from various religious backgrounds to unite in our UTCC.

Benson: You do not have ordained clergy anymore. How do you serve your clients?

Jameson: We have a group of Spiritual Executives. They are required to have a degree in Psychology and they receive one year of specialized training at the Virtual School of Transcendence. They charge for their services the rates that are set by the Union of Psychologist of Canada.

Benson: There is a great variety of needs among your clients. How do you serve their special needs?

Jameson: We have a variety of VCs (Virtual communities) to which we provide services. We just finished a retreat for Multiple Partners Unions. Since the Islamic Nation of Canada did away with monogamy requirements, the group of polygamist among our clients has grown. Another group of our clients, our agnostic clients, has just finished a retreat on moral relativism and situational ethics.

Benson: What happened to same-sex unions that were so popular in the early decades of the third millennium?

Jameson: Islam takes a clear position on homosexuality. Since we are now under Sharia Law same-sex unions are no longer an issue.

Benson: What is the future of the UTCC?

Jameson: Since our Islamic government restricts all infidels to just one child per family, we can expect further decline.

Benson: What happened to Roman Catholics and those groups of conservative Christians that were going strong in the early decades of this millennium?

Jameson: We have no contact with them; they do not fit our criteria for membership. It is rumoured that they still meet secretly in several places. But only the Higher Power, if there is one, knows.

Benson: Thank you for your time. You must be a busy person.

Jameson: Indeed, I am late for my Transcendental Focusing Group.

Unless we repent could the future of our church end up as bleak as above? Many of the Biblical centres of Christianity have vanished. Could Vancouver, Calgary, Winnipeg and Toronto go the way of Ephesus, Smyrna, Pergamum and Thyatira who are named in the book of Revelations? Jesus said: “But unless you repent, you too will all perish” (Luke 13:5). Who will face our hedonistic culture that makes a virtue out of self-indulgence with a call to repentance? Who will do better than I did and call on politicians, corporations and some church leaders and the rest of us, to return to a life of chastity, honesty, compassion, and family values that were upheld in Holy Scriptures? Who will teach us to repent?

“Our Lord and Master Jesus Christ, when he said Poenitentiam agite, willed that the whole life of believers should be repentance.” (Martin Luther, Ninety-five Theses # 1.)

We have good news to share but we also have some repenting to do.