"You need to get out more" 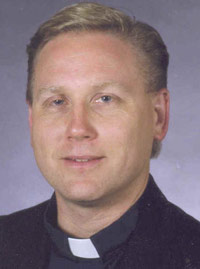 For the record, I took his advice and have gotten away. But his words are still with me and are working in another direction. “You need to get out more,” now starts to sound like good advice for those of us who are intimately connected to the WordAlone movement, those who have taken a hiatus and those who are just getting on board. I’ll begin with the latter.

Most of us who are heavily involved with WordAlone can attest to the fact that people who have had no interest in or knowledge of WordAlone are starting to inquire about the movement. This was apparent at the Churchwide Assembly in Milwaukee in 2003 and it continues to be the case. By and large, many of these new seekers are surprised to hear of the positive, faithful, and broad range of interests and work of this movement. I can only encourage you to “get out more.” Inquire about WordAlone, talk with others, visit a chapter meeting and see why this is the time to become involved in this movement.

There are others who at one point were involved in WordAlone. They have either left the movement or have taken a hiatus. Many of those who have left are actively involved in other movements and causes seen by them as more fruitful. Many have wondered if WordAlone has too many hopeful, naïve leaders and theologians. Some have lost focus. Others have taken a kind of a sabbatical because they have experienced leadership seen as poisonous and have wondered out loud if WordAlone was filled with rebellious types who couldn’t get over "Called to Common Mission," the full communion agreement with The Episcopal Church USA (ECUSA) and wanted to divide the church.

Besides defining “the church” that we supposedly seek to divide (who and what is the church is at the heart of the issue), there is a deeper misunderstanding here. The many issues WordAlone seeks to address are simply symptoms of the deeper problem. The Word of God cuts its own course in this world. Whenever one attempts to thwart that, add to it, disregard it and redefine it, there will be problems. To you who are taking a second look at WordAlone, I can only encourage you to “get out more” and see what we’ve been doing during your absence. You may be pleasantly surprised.

However, the most pressing matter for WordAlone has to do with those intimately in the movement.

“We need to get out more.” It’s no secret that there are many Lutheran bodies, organizations, sects and movements all trying to offer a Lutheran witness that is faithful to our Lord, His Gospel and our rich history. Some of these organizations will remain and choose to remain small in focus and in number. But for those of us who are interested in assuring there is a strong and lasting Lutheran witness in this country, complete with faithful Lutheran colleges and seminaries and mission organizations, we need to “get out more.”

What if something new could come out of this entire confusing and frustrating journey we’ve been on? Of course, for something new and creative to emerge would be just like God. There has been loose talk of a “non-geographical synod” and an “association of confessing congregations.” You will soon hear more about this new possibility for congregations to be united by their common confession and belief not primarily by constitution and structure.

But when I hear of the concerns of new people joining the WordAlone movement; when I talk to past, early leaders in this movement who are listening to WordAlone; when I think of gifted and strong leaders in other organizations like Lutheran Congregations in Mission for Christ (LCMC); when I hear of pastors of larger congregations publicly banding together around theological convictions; and when I see the leadership, the organizational abilities and the broad connections the people in WordAlone have to offer, I have to believe that it is time for us to “get out more.”

And what is “the church”? Well, as the Augsburg Confession so rightly reminds us, the article on “church” follows God, Original Sin, the Son of God, Justification, the Office of the Ministry, and the New Obedience. Following this comes the church, which “is the assembly of saints in which the Gospel is taught purely and the sacraments are administered rightly.” That’s really all we’re after. God will have to take it from there.