Water can bring life or death 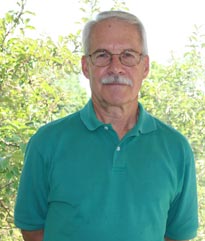 The recent flooding disaster in Iowa has brought multiple communities together to combat the water, as well as demonstrations of the full range of emotions such a tragedy evokes in the victims. Reactions go from fear to shock, anger and finally resolution.

As the water continued to rise, it became obvious that there would be severe flooding, perhaps worse than the great flood of 1993. As the areas in the 100-year and then the 500-year flood plain were evacuated, thousands of volunteers as old as 80 and as young as 8 were called to action to place sandbags for levees and to move furniture, books and other equipment to higher ground. As the work went on day and night, new storms and even a tornado warning temporarily halted the action. It was as if the waters had gone berserk as the Cedar River inundated Cedar Rapids, Iowa, and the Iowa River spread out over Iowa City.

Other communities were involved but none any worse than these two. Homes, businesses and cultural centers were ruined and as the waters receded the horrible damage became apparent. Downstream, the communities along the mighty Mississippi began preparing for watery invasions. Visits by Gov. Culver and President Bush and his aides, and promises of financial assistance were welcomed by a stunned but grateful populace. The usually placid waters had brought death and destruction.

Some, who believe God controls all lives and natural phenomena, wonder what could have triggered such anger and vengeance. They think back on Noah and the flood, as well as stories of Sodom and Gomorrah. Depending on the direct effect the floodwaters had on their lives and futures, some may react with anger toward God.

Others know that God shares in their sorrows and stands ready to bolster their strengths as they struggle to reassemble their shattered lives.

It was interesting to see most TV interviewees respond with a shrug of the shoulders as though this happens as a force of nature and we are fortunate to have our family safe regardless of the loss of property.

Scientists and environmentalists ask what man is doing to contribute to such violent weather patterns and to make communities so vulnerable to this type of disaster. Farmers who rely so intimately on weather and the seasons now are faced with the possibility of having no crop at all as they view wet fields and drowned plants from a spring of too much rain.

Water, this sign of our baptism into Christ, bringing us the peace of knowing that our sins are forgiven, has seemed to turn against us with devastating force. There is a paradox in this water, as one of the pastors at Zion Lutheran Church in Iowa City expressed in her sermon. Water is life-giving as well as a potentially destructive force. Our bodies are made up mostly of water yet we need water to sustain life. But too much water has the force to destroy and carry away anything in its path. Man’s attempts to direct the path and contain water for industrial, agricultural and recreational purposes can obviously fail and even turn against us. The inappropriate stewardship of the environment, God’s creation, as we seek self-satisfaction may well be causing violent changes in weather patterns causing droughts in some areas and floods in others.

Is this a wake-up call? Is this part of the fulfillment of Scripture prior to the Second Coming? Can we wonder at the power that can be unleashed in this creation, and still know that our God is a loving Father who only wishes good for his children? Could this be the “evil one” testing us as he tested Jesus in the wilderness? How do people react to this tragedy and whom do they blame? Is it God, the Corps of Engineers, community leaders who allowed building in the flood plain or themselves for taking risks? Much blame will be placed, and many angry demands will be made before the cleanup and rebuilding are finished.

We must understand that we are baptized with Christ unto death and that we will be tested throughout our lives here on earth until we finally reach the life-giving water in the presence of our Heavenly Father. The stench and disease-producing waters of the flood contrast greatly with the clear water of baptism and our resurrections with Christ. As the recovery proceeds with the washing away of the dirt and filth left by the receding water, may we be reminded again and again of the cleansing and healing promises of our baptism.