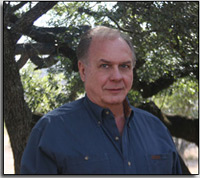 "Who is God?" is a question I have been pondering, along with the way in which I would answer.

The article is about a film entitled "In God's Name," produced by French documentary filmmakers, for which the 12 "spiritual leaders" were interviewed. The film was aired on CBS in 2007 and published as a book by National Geographic.

This article is not about these "spiritual leaders," but to wonder how a secular audience would receive a film and book of this nature. These leaders represent seven different world religions, five of which fall under the umbrella of Christianity. My thought was, after viewing the film or reading the book, "Does a secular person conclude that there is one god acknowledged in many ways; or there are many gods, take your pick; or this "god thing" is a bunch of superstition; or perhaps there is only one true God?"

In the realm of Christianity, likewise, a secular person could come to the same conclusions. There are any number of denominations, even those denominations who declare themselves as non-denominational. Within denominations we divide because we cannot agree on the answer to the question, "Who is God?" Our selfishness, stubbornness and sinful natures tell us "we are the potter and god is the clay." As a result, we mold, shape, add and take away from our images of God to make him suit our special desires.

Back to my question, "Who is God?"

If a person were to approach you asking that question, how would you answer? I posed this question to my Sunday school class recently. The immediate responses were blank stares, clearing of throats and eyes searching in space. These were members of a Sunday school class who worship every Sunday and they were trying to gather their thoughts to verbalize an intelligent answer. Being honest, if I had been asked the question rather than having been the questioner, I would have been the most noticeable "fidgeter."

As Christians we are more likely to be able to tell you a sport's score, who is left in the quest to win Dancing with the Stars or what tomorrow's weather forecast will be than to tell you about God. Having given the question much thought, today I am better prepared to answer and hopefully be able to compel the questioner to seek further.

Groups like WordAlone help God's people find answers to our questions, not by telling us the answers, but by telling us where to find the answers. Seek the answers in God's written Word, adding nothing or taking anything away. Now I ask you to answer, "Who is God?"